It’s the year 2024 and a new type of gaming has come out, virtual gaming. You put on a gaming helmet (OWG system) and you’re in another world. The first game for this type of gaming has been released and it’s called Titian Blades, a big mmorpg (like World of Warcraft) that has room for 10,000 new players, and your characters are a part of it. It’s the first day of the release and all the players are getting on, but they don’t know that they won’t be able to escape. The crazed man who made the game makes it so you can’t leave unless you beat all 47 main bosses. This doesn’t sound so bad, but if you die in the game, you die in real life and if someone in real life takes off your helmet, a shock enters your brain and kills you.

In the game you can be whatever you want, a lancer, a beast tamer, a swords master. Whatever your heart desires, but there is no magic (sorry!). Also your character just can’t enter the world super strong, they’ll grow stronger over time. By this I mean they can’t just take down a beast all easy and such, instead they’ll struggle.

(humanized with light brown eyes)
Weapon: A steel lance
Strength: Has powerful attacks
Weakness: Is a poor at defense
Background: Has lived in Boston her whole life and is home from college staying at her parents and her three siblings. Her parents own a company called Clear Vision for televisions, which took up most of their time. She didn't connect much with her siblings because her older brother was never around and her younger siblings were an annoyance. To escape loneliness when she was not at her sport practices or with friends, she took up gaming.

(humanized, of course)
Weapon: Dual knives
Strength: Quick to attack, quick to dodge
Weakness: Takes a lot of damage when hit
Background: Lives in New York with his mom and sister. He has lived a quiet life except for his parent’s divorce. He has never been one to get into video games, preferring real life much more, but his friends talked him into the new game when they had an extra copy of the rare game. He decided to join in, not having a single clue what he was doing.
_________________

Weapon: Long, double-edged sword
Strength: Quick, agile, and skilled
Weakness: Cannot deliver powerful, crushing blows
Background: Her family has moved around a lot because her dad is in the military. Currently, Arielle and her mom live in New York. She's always kind of been the quiet, steady type, and she doesn't get along well with her mom who thinks she's too shy. Her dad is the one who introduced her to gaming and it became 'their thing.' She decided to play the new game so that she could beat her dad when he gets home.

A knock came from Bianca's door, though it was ignored as she continued to mash away at the buttons on her controller. The knocking continued, making Bianca lose focus and ended up losing all her health. She swore throwing the controller on the ground and opened the door, a frown on her face, "What?"
"You're game is here." One of the maids said, handing it to her with narrow, annoyed eyes.
Bianca light green eyes lit up at the sight of the game and hugged the maid, "Thank you, thank you!" she said before shutting the door and ran to her OWG system and put the game it, "Finally, finally!" she breathed, laying down on her bed and put the game chip into the helmet.

The theme of American Horror Story blared from Conor's phone as he kicked around a soccer ball. He shot at the goal before walking over to his phone and slid the touch screen to answer, "What is it, Jay?" he asked, grabbing for the water bottle with his other hand.
"Dude, get over here, the new game came out!" his friend gushed, "You promised me you'd play it with me."
"Oh right . . that." He said, rubbing the back of his neck, "I don't really like video games, ya know."
"Yeah, yeah. Whatever about that, you promised. You'll love it, I swear."
"I was hoping I could see Lydia tonight though . . "
"You can see her anytime, now get over here!" he said before hanging up. Conor grumbled, pocketing the phone and grabbing his water bottle before walking to his car to make the short drive to Jay's house.
_________________

Arielle was laying on her bed, her feet up against the wall and her head inching over the edge when she heard her mother's voice from downstairs.
"Ari, there's a package down here for you!"
"It's here!" Arielle breathed excitedly as she bolted out of bed and down the stairs to the living room.
"Thanks Mom!" she said, plucking the package out of her mother's hands and racing back up the stairs.

Bianca fiddled with the settings of the helmet before putting it over her head. She grinned as she pressed the on button and the title screen appeared in front of her.

Conor pulled up to his friend's driveway and walked up the stone walkway and to the door. Before he could even ring the doorbell his friend pulled him inside.
"Damn, Jay." Conor muttered, "I see you're excited."
"Obviously!" He said come on!" he said, leading him upstairs.
After a few moments setting up the helmets he handed Conor's his, "I'll meet you in the game."
"You're going to have to teach me a lot." Conor warned before laying down on the couch and started on the game.
_________________

Ari plopped down on her bed, fiddling with the helmet. After a few minutes, she got the settings right and put it on, watching the title screen flash in front of her
"Wicked" she grinned

Ari listened to the computerized voice and chose the name Cyan when asked. She customized her character, playing around for a while before she finally finished. Making a character was honestly one of her favorite parts of gaming.

Bianca, now Gamx, opened her eyes and found herself in the starting village with other players running around and picking up quests. She beamed, "Finally." She breathed running forward
_________________

Cyan opened her eyes and stood up, first examining herself and her surroundings.
"This is so cool." she said to her self, starting to explore

Atlas opened his eyes, looking down at his gloved hands, "Well, this is interesting." he said. He looked around at the village before he felt a hand on his shoulder. He jumped and turned around, seeing a guy with jet black hair that fell into his eyes and had dark green eyes.
"I figured you'd chose the name Atlas." he laughed, "God you're so lame."
He frowned, "Hey Jay, good to see you too." he scowled.
"Hey, not Jay!" He corrected, "Valk is the name."
"Err, right, Valk." he nodded, "So, are Jake and Derek here?"
"Yeah, should be. Jake told me his character'll be Romoman and Derek's is Celesti."
"Celesti? Isn't that a girl's name?" Atlas fround.
"Yeah, so?" He blinked.
"Er. . never mind." He sighed.
Valk rolled his eyes, extending his hand out and the player menu appeared. He scrolled down to the find a group button, "Until we find 'em let's team up with some people."
"Random people?" Atlas asked skeptically.
"Well, yeah. It'll be fun" He promised with a grin.

Gamx opened her player menu and scrolled through the given (yet very weak) weapons. She picked the bronze lance and slashed through the air a few times before grinning. She then scrolled to find a group, and automatically found two partners, all they needed was one more.
_________________

Cyan explored her helmet's capabilities as she continued to look around, watching people walk by, beginning to condense into groups. She decided she'd better find someone to team up with and started seriously considering the other players, looking for a good group.

Gamx looked at the mini map at the right side of her vision and saw two green dots in the distance from the group she had joined in. She started to jog over towards them, also keeping an eye out for any one else to join.

Cyan went through the groups forming. knowing she was being picky, but she couldn't help it. She wanted to be good.

Gamx pushed through the crowd and reached the two, "Well, looks like we'll be fighting together." she smirked.
Valk just stood their, looking over Gamx, "Damn, nice avatar." he smiled dumbly.
Gamx just stared then looked over at Atlas, "Please don't tell me you're both this dumb." she frowned.
"No, just him," he smirked, "So, let's get going."
"It's smarter to go with just one more person." Gamx advised, looking around.
_________________

Cyan scrolled through the map and found a group who only needed one more person. She started moving toward their dots on the screen, hoping she'd made a good choice.

Cyan spotted the three other players and walked up to them
"Hey guys." she said with a small wave.

"Nice to meet you." Cyan said with a smile to Gamx before turning a raised eyebrow to the boys.

At least she's on top of things Cyan thought as she followed Gamx, generally not comfortable with taking the lead.

Hrm SAO eh... That was a good anime, but it lost its edge after it went over the original plot line when Aincrad was over. 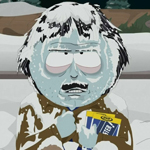 ((Hehe, yeah, but I still enjoyed it nevertheless.))

Gamx led the way, jogging through the crowded town, searching for a quest giver.
Atlas released a sigh, wondering what he had gotten dragged into this time. Sure, the world seemed cool but it just wasn't what he was into.
_________________

Cyan followed Gamx, taking in her surroundings with a quick analytic eye.