Join the forum, it's quick and easy
Eragon Fans
Welcome back! Please visit this topic: https://eragonfans.forumotion.net/t39-anyone-still-come-here-reply-please
Eragon Fans
Would you like to react to this message? Create an account in a few clicks or log in to continue.

This RP is loosely based off of Kingdom Hearts; it has some similar worlds, but none of the characters.
For those who don’t know about Kingdom Hearts, the worlds are all separated after an event called the Keyblade War, which was caused by keyblade wielders of light and darkness to fight over Kingdom Hearts (which holds hearts). Only Keyblade wielders can open gates to other worlds, and prevent heartless from coming into the world by finding the ‘Keyhole’ of the world to lock it up the world.
Keyblade Wielders are also the ones can effectively defeat Heartless and Nobodies
Heartless are physical, living manifestations of the darkness within people's hearts. Being born from darkness, they are mindless and act on instinct, their only goal to find hearts, and consume them to create more Heartless. But what they desire above all are the hearts of worlds, and thus they enter worlds in search of the way into the hearts of the worlds.
A Nobody is what remains of those who have lost their hearts to Darkness. Nobodies are born when a Heart is swallowed by darkness and produces a Heartless. They are the remaining parts left behind by the heart: the body, giving a Nobody form, and the soul, giving the Nobody life. It’s sorta confusing, I know but they’re pretty much a person with no heart/soul. The Nobodies want to have their hearts back and strive to get Kingdom Hearts in their control so they can have hearts once again. They wear outfits like this:

In this RP, it’ll be about a group of Keyblade Wielders who are training to become Keyblade masters, under Master Veera, in Keyblade Isle. Their training is cut short when the Heartless are starting to engulf the worlds. Someone is orchestrating the darkness, but it is unclear who is behind it, and that’s what the students are sent off to do.

Here are some of the worlds so far. If you come up with any, tell me and I’ll add it to the list
* Keyblade Isle - Where the keyblade wielders go for training
* Clockwork City - a steampunk like town
* Lost Jungles - a jungle like world, with few people who are mostly hunters
* Edispu Nwot - A very odd world, almost like Alice in Wonderland
* Halloween Town - Just like the movie , it's in the game, I had to keep it, freaking love that place. Everything is Halloween theme.
*Sky Haven – a world kept up in the sky
*Molten Fortress – a world engulfed by a fire.
* Cyber City – a world that is similar to Tron.
*Dawn Gardens – A town where it is always dawn, engulfed by heartless.

Any questions, PM me, sorry if this is unclear.


Additional: Eye color: Light purple, and height is about 5’ 7”
Personality: Has come out of her shell after a few years, she's more sociable and outgoing then she use to be. She also has become very caring for her allies at Keyblade Isle
History: Her past his unknown, a few years ago she ended up on Keyblade Isle injured. Master Veera’s explanation for her ending up on their world was because her heart brought her this way. She ended up being able to wield a keyblade, though it took a few weeks for her to even try to pick it up. She stayed in her room for this time, barely eating or getting up. She didn’t even talk until she found out she can wield a keyblade. Now, she is talkative and has warmed up to those who are at Keyblade Isle.


Additional: Is about 6' 1", thin and slightly muscular
Personality: He’s extremely curious about the other world and is eager to get his title as Master so he can travel to each world. He is also very talkative and enjoys being in others companies and is almost afraid of solitude.
History: He came from a world called Dawn Gardens, at the age of 12 his world was overran by heartless, causing a lot of the people he knew to be lost into the darkness. He was found by Veera as she went to Dawn Gardens to try and get rid of the heartless infest. She was unable to stop the heartless, but took Nik with her. There he had the ability to pick up a keyblade, which started his training.
_________________ Additional: it's different shades of blue and black/silver
Appearance: 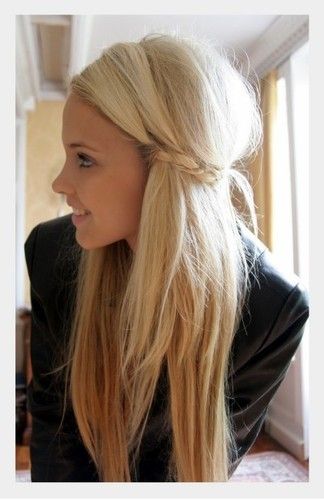 Additional: Has sky blue eyes and is about 5'8 and slender
Personality: Ava is very shy and quiet around new people, but once she gets to know you she's light and funny. She's one of those people who once she likes you, she'll do anything for you and she really cares about her friends and family. She's very loyal, and although she's shy, she's not timid in a fight. She has a smile that lights up her entire face. Something she loves to do is sing and play music but she doesn't usually tell people.
History: Ava grew up very sheltered in Sky Haven with strict parents and a protective older brother. Her uncle was a keyblade and when he visited when she was 15 she found his keyblade and was able to pick it up. Her parents reluctantly brought her to Keyblade Isle for training after that.

Myla ran forward at Nik, her light purple and yellow keyblade appearing into her hands as she slashed at him. Nik's keyblade appeared in his hand as he deflected her attack, the steel from each keyblade hitting each other, creating a few sparks. Myla jumped back, and aimed at him again, but they kept deflected each other's hits, creating the continuous sound of steel clashing. This continued on for a few moments before they stopped, out of breath from the even match.
"Do not strain yourselves too much," A voice called as a woman walked into the room. She wore a long, flowing, white cloak over her shoulders that was trimmed in gold. Her graying brown hair was up in a bun, though a few free wisps of it fell into her light blue eyes as she walked towards them. The two immediately bowed as she entered,
"Master Veera." they said in unison.
"You two are getting stronger." she smiled, "You may even be ready to take the Exam soon."
Nik grinned, resting the blade of his keyblade on his shoulder, "About time, it better come soon."
"All in due time, Nik."
_________________

Ava bounded airily down into the room, following Master Veera, and the sound of metal hitting metal.
"Aw, you guys stopped. I was gonna see if I could jump in." she said

Veera smiled gently at her, "Glad to see you're up, Ava."
"So, anything to do today?" Nik asked, letting his keyblade disappear from his hand.
"I was thinking you three could take it easy, after all, you did do a lot of training yesterday."
"Right," Myla said with a small smile, "I'm still sore from all the practice fights we had to do against you."
_________________

Their master smiled at them, "Just relax and explore the grounds if you'd like."
"There are no more secrets, we've found them all," Nik frowned, crossing his arms, "None of them were even good."
"Just run along," Veera said, and headed up the spiraling stairs, "I need to see to something."
"Goodbye, Master." Myla bowed respectfully.
_________________

"Goodbye." Ava said, remembering her manners and bowing this time.

"Yeah, sure." Ava replied with a half smile.

"Then let's go," Nik grinned, leading the way through the large, silver door. As they walked, the sun's light went through the glass windows, lighting the white hallway.
_________________

Ava followed, admiring the play of light from the windows. It felt warm and bright as she walked through it.

The doors opened on their own as they reached them and Nik grinned, looking out into the beautiful courtyard. It was filled with a different array of flowers, ones from all different worlds, creating a beautiful display of colors.
"So, where do you guys want to go?" Nik asked, resting his hands behind his head.
Myla didn't answer, she was too busy looking at all the flowers, captured by their beauty.
_________________

"I don't have a particular preference." Ava shrugged, looking out at the flowers with appreciation.

"Sorry to disappoint you with our indecision." Ava said with a half-grin.

Ava followed him silently, always light and quiet on her feet, curious what he wanted to show them.

Ava glanced at the rock curiously before ducking inside after Nik.

"I don't think I want to know." Ava said, shaking her head.